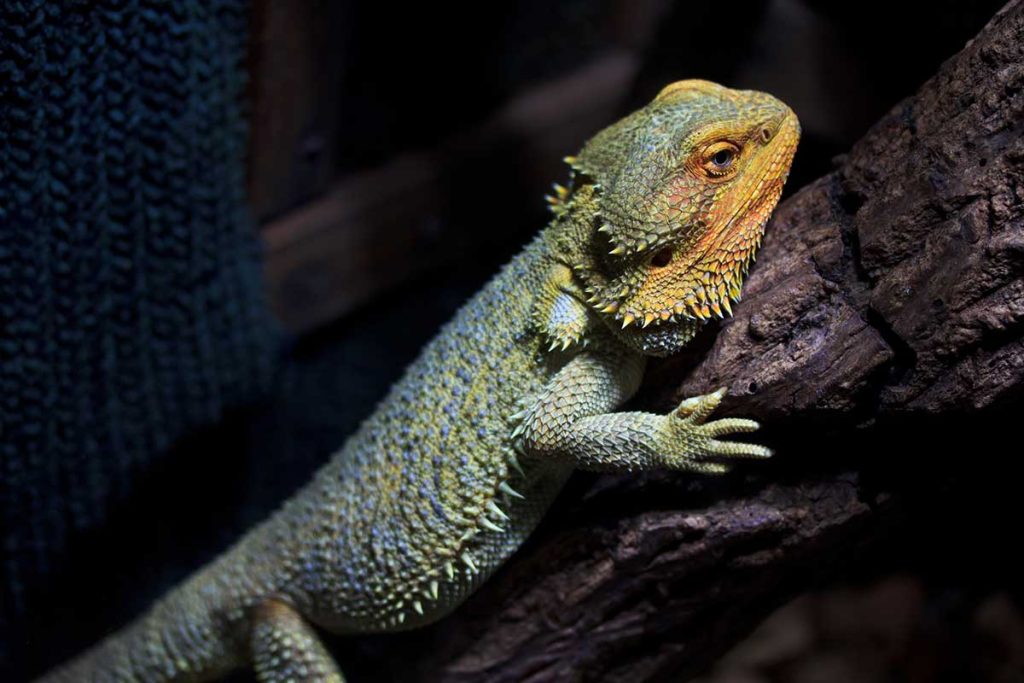 Do bearded dragons fart? Yes! All animals fart, even if you have convinced your significant other that you never do! Farting is a completely natural thing for all animals to do — including your beardie — for three key reasons.

For starters, there are bacteria in the digestive system that let off their own gases in an animal’s gut. Animals also fart to release a buildup of intestinal gases produced via the breakdown of food. Finally, animals constantly gulp down air with their food while eating, and that air can get trapped in the gut over time, too.

Because all animals need to release all these gases regularly, it’s actually a pretty common occurrence to hear (or smell) your bearded dragon let one off!

Farting can be a sign of a healthy gut microbiome, a balanced diet, and an unobstructed digestive system. However, excessive gassiness can also tell you if something is off about your bearded dragon’s diet, their hydration, their parasite load, or if they are sick.

Although it is a bit of a strange one, read on to find out what your bearded dragon’s farts can tell you!

What Is a Fart?

Essentially, a fart is just a release of gas that has built up in an animal’s digestive system. Because the gas is in the digestive system and is surrounded by waste products, it means that it generally smells quite bad.

There are three main ways this gas is formed in your digestive tract (and your beardie’s!):

1. Trapped Air From Eating or Drinking

When bearded dragons drink or eat, they often take in a lot of air at the same time. You do it, too! When humans take in this air, it usually results in a burp or two. However, with reptiles, it is more common that the air gets trapped further down the digestive system.

The air needs to disappear somehow… So, it makes its way through the entire digestive system and passes out of the cloaca as a little bubble of slightly stinky air, also known as a fart!

2. A By-Product of the Microorganisms in the Gut

As these microorganisms go about their business, they release gases into their environment. Well, this environment happens to be your bearded dragon’s tummy!

As the gases build up, they will need to be released from the body and this happens as a fart. As these gases are the waste product of microorganisms, they tend to smell quite bad because they contain methane.

If there is an imbalance in the microbiome of the digestive system, then your bearded dragon may fart a lot. Farting too often is a sign that something is not functioning correctly (likely somewhere along the digestive tract).

3. A By-Product of the Digestion of Certain Foods

Food needs to be broken down into its basic components so your bearded dragon’s digestive system can absorb it. During this process, it releases certain gases. This is completely natural and happens to all animals.

Different food items will cause different amounts of gas to be produced during the digestive process, which means different diets will cause more or less farting. There are three main types of diets: protein-based, plant-based, and a combined or omnivorous diet. 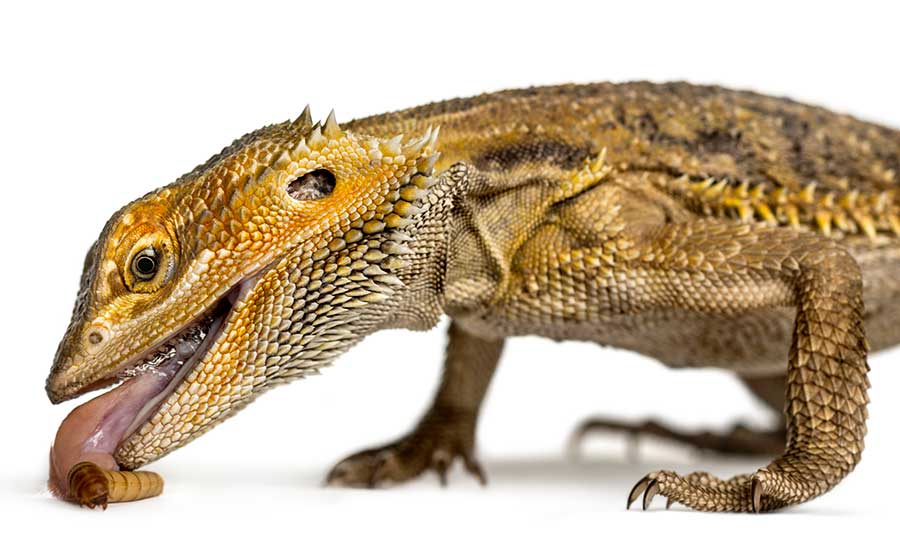 Animals such as monitor lizards, tegus, and crocodilians only eat protein and are called carnivores. Their digestive systems are short and fairly straight.

A complete carnivorous diet (only made up of animal protein) is fairly easy to digest. This means that protein passes through the digestive system relatively quickly and does not have time to release excessive gases.

Animals who eat a protein-based diet do not fart as much as other animals who eat plant matter. However, when they do let one off, it will sure be a big smelly one!

Animals that only eat plant-based material, such as green iguanas, are called herbivores. Their digestive systems are long and winding to accommodate the length of time it takes to break down heavy plant material.

Animals that eat an entirely plant-based diet will tend to fart a lot more than carnivorous animals.

Bearded dragons eat a combined diet of animal protein and plant matter. They are omnivorous throughout their lives. This means they get the best of both worlds! They should fart regularly, but not very often.

Bearded dragons eat a wide variety of plant material and fruit as well as animal protein such as different insects and worms.

When bearded dragons are very young, their diet is mostly made up of animal-based protein. They need this protein in order to develop strong muscles and bones, as well as to grow their developing organs. This all takes a lot of energy, which they can get from a high-protein diet.

However, as bearded dragons grow up, they eat more plant matter than protein. This is because they do not need as much energy to maintain their bodies as they did to grow them. Adult bearded dragons should eat 70% plant material to 30% protein, whereas babies are the inverse.

When Do Bearded Dragons Fart?

Bearded dragons will usually fart at the same time that they are pooping. This is because they only have a singular all-purpose hole at the base of their tails called a cloaca. They keep their cloacas tightly shut against foreign bodies because things like sand, substrate, and water can accidentally enter the cloaca and cause an infection.

Due to the cloaca being so closely guarded all the time, allowing a fart to slip through is not a regular occurence.

However, when bearded dragons relax their cloacas enough to poop, they will release any gas that has accumulated in their digestive tract too, meaning they will fart either just before they poop at the same time they are pooping.

If you bathe your bearded dragon regularly and they always poop in the water at the most inconvenient times, listen closely for the initial fart, as it is a herald of what is about to come! If you catch them in time, you may be able to put them in a second “pooping bath” while they do their thing.

How Does Gut Health Impact Farting in Bearded Dragons?

Just like with humans, if a bearded dragon has a problem in its gut, it is going to affect its overall health a lot. Humans can suffer from various intestinal issues, such as leaky gut syndrome, Crohn’s, and irritable bowel syndrome. Anyone who suffers from these will know that gas is not their only problem–a wide range of other gastrointestinal distress symptoms are common, too.

Bearded dragons are the same. If they have a problem in their gut, you will know because of their very frequent farting. It is a sign of good gut health that your bearded dragon does not fart too often. They only should be farting while they are pooping.

If they are farting a lot more than that, then try to look for the reason behind it. It may be something small and easy to fix like changing up their diet a bit. However, it can also indicate a much more serious underlying condition.

What If My Bearded Dragon Farts Too Often?

As was discussed in the previous section, farting should only really occur when your bearded dragon is pooping.

If your bearded dragon is farting too frequently, especially when you pick them up or put pressure on their bellies, then there could be something wrong with their gut health. This could require a simple dietary fix, or you may need a trip to the vet.

Here are some of the things you can do to help your bearded dragon with their frequent farts.

Your bearded dragon may be gulping down air while it is drinking water. This happens when the water dish is at an odd angle, it is too high up, or there is too little water available for them. 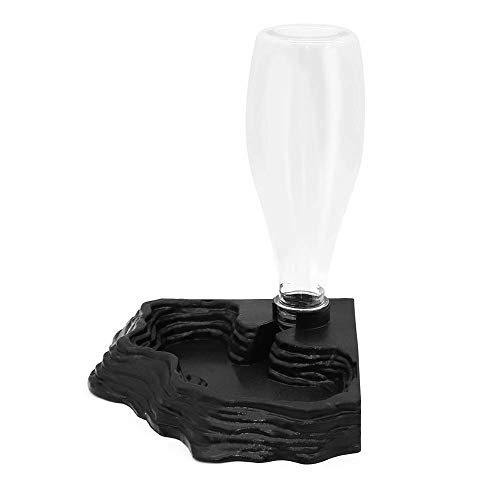 This is an easy fix. You should see an improvement in the number of farts within a day or two depending how much gas your bearded dragon has built up inside of it.

Your bearded dragon may be struggling to digest its food if it is given a daily salad that is very hard to digest. Plant matter with too much cellulose, fiber, or starch will release a lot of gas in the gut while it is being digested, which will cause your bearded dragon to bloat and fart a lot.

Vegetables that have a very good chance of causing excess farting are:

Reduce the amount of these problematic vegetables in your bearded dragon’s daily diet, and you should see an improvement within a couple of days.

Add a Supplement to Your Bearded Dragon’s Diet

Your bearded dragon may have an imbalance in the microbiome in their gut. This means the good bacteria may be in a losing war with the bad bacteria. To resolve this issue, add a supplement to your bearded dragon’s diet that includes probiotics. 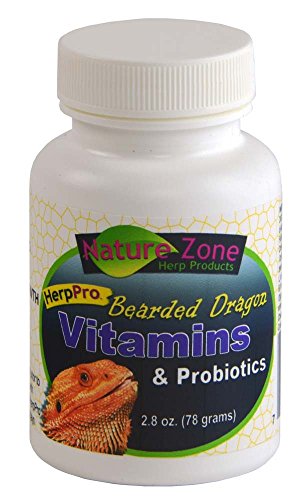 Your bearded dragon may be suffering from a parasite (worm) infestation. Check their poops for any worms. The worms may also be clustered around their cloaca. If you think a parasite infestation may be the problem, get a parasite treatment from your reptile vet.

Take Your Bearded Dragon to the Vet

In the very worst case scenario, your bearded dragon may be impacted or suffering from an internal infection or sepsis in the bowel. If the increased farts are particularly foul smelling and accompanied by diarrhea or strangely colored poop, then take them straight to the vet.

Bearded dragons fart often enough that we need to write about it! Beardies should be letting one loose every time they poop, as this is one of the only times that they truly relax their cloacas.

Tracking your bearded dragon’s farts can actually tell you a lot about their gut health! Farts are a release of gas that builds up in the intestine for three main reasons: your beardie often swallows air while eating or drinking, the bacteria in their gut release gas, and breaking down fiber releases gas.

There is only one way for that gas buildup to go, and it is out the cloaca!

If your beardie is farting nonstop, they are producing particularly foul-smelling farts, or they are excessively bloated, then check up on their gut to make sure all is clear and good for a healthy farting schedule.