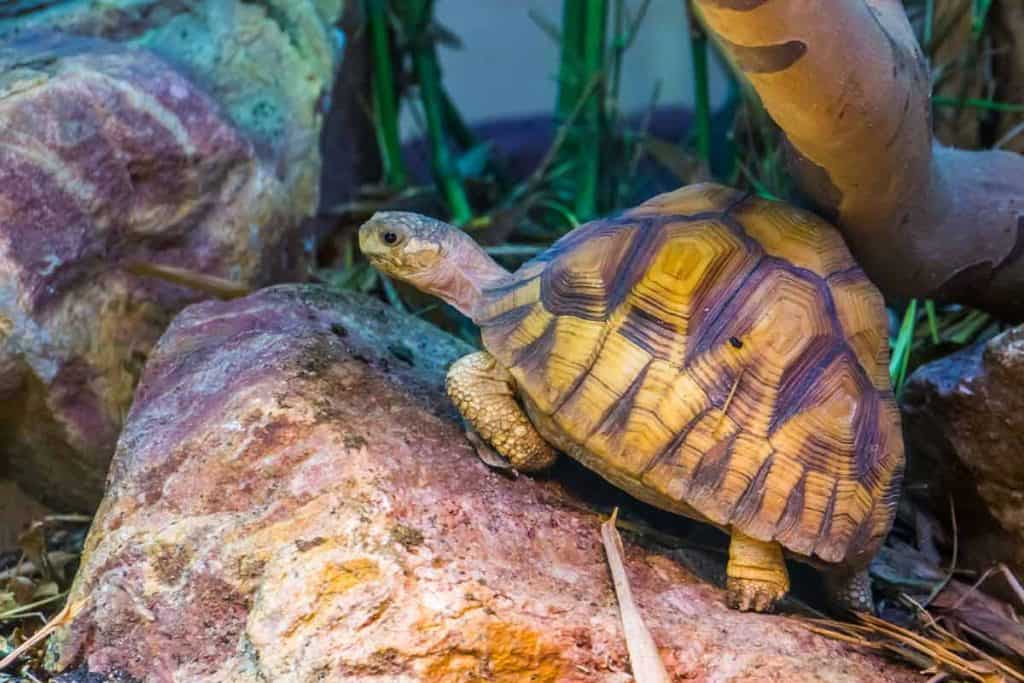 Have you ever wondered: How long do tortoises live?

Maybe you’re simply a curious reptile enthusiast, or perhaps you’re a new tortoise owner looking to increase your pet’s lifespan. A reptile keeper’s worst nightmare is losing their pet, but when it comes to owning a tortoise, your pet could potentially outlive you. Yes, that’s right!

Tortoises are known as the longest-living land animals in the world. Scientific studies have determined that the typical lifespan of a pet tortoise is between 50 and 100 years, while wild tortoises can live up to 150 years and beyond!

However, while most species are long-lived, each tortoise’s lifespan will vary and depend on a variety of factors, including their species, care, and diet.

There are numerous species of tortoises, and each is slightly different. This article covers some popular tortoise species, how long they live, as well as tips to increase your tortoise’s lifespan!

How Long Do Tortoises Live as Pets?

The typical lifespan of a pet tortoise is believed to be between 50 and 100 years. That’s a pretty big range, but several factors play into how long your pet tortoise will live.

First is the species of tortoise you have. Certain species naturally live longer. This could be due to their size or the climate they are from.

Another factor is husbandry. A tortoise’s longevity is largely dependent on the quality of care they receive. This includes lighting, heating, diet and supplements, and stress levels.

Did you know that there are over 40 species of tortoises? The following are some of the more popular tortoise species kept as pets and the average lifespan of each.

Hermann’s tortoises are Mediterranean tortoises, and they are one of the most popular species kept as pets due to their mild temperament and manageable size. They are also one of the longest-living tortoises, growing to sizes of about five to eight inches. With proper care, they can live anywhere from 50 to 100 years!

Greek tortoises are a mellow species native to southern Europe, northern Africa, and southwest Asia. They are one of the most well-known tortoise species and typically grow to around 10 inches long. What’s interesting about this species is they have a shorter lifespan in the wild than in captivity. When properly cared for, they can live for up to 90 years. 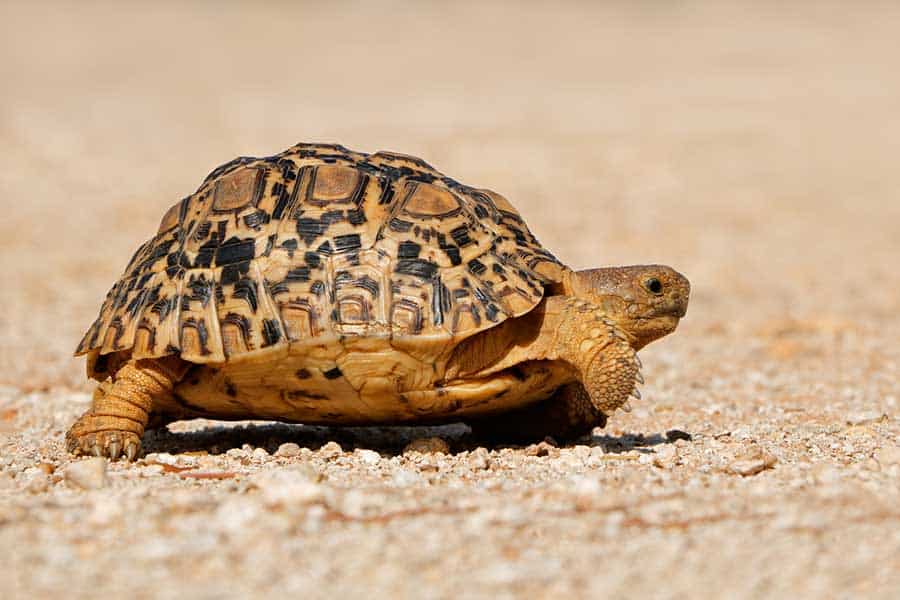 Native to South Africa, Ethiopia, and Somalia, the leopard tortoise is one of the largest tortoises, reaching lengths between 12 and 28 inches. As you might have guessed, this species gets its name from its beautiful shell markings that resemble a leopard’s spots. When cared for properly, they have a life expectancy of 80 to 100 years.

The Egyptian tortoise is a desert species that can be found in coastal Libya and, of course, Egypt. They are smaller than other species and are great pets for intermediate reptile keepers. Due to their endangered status, you should check local laws before trying to purchase one. With the right habitat and diet, Egyptian tortoises have an average lifespan of 70 to 100 years. 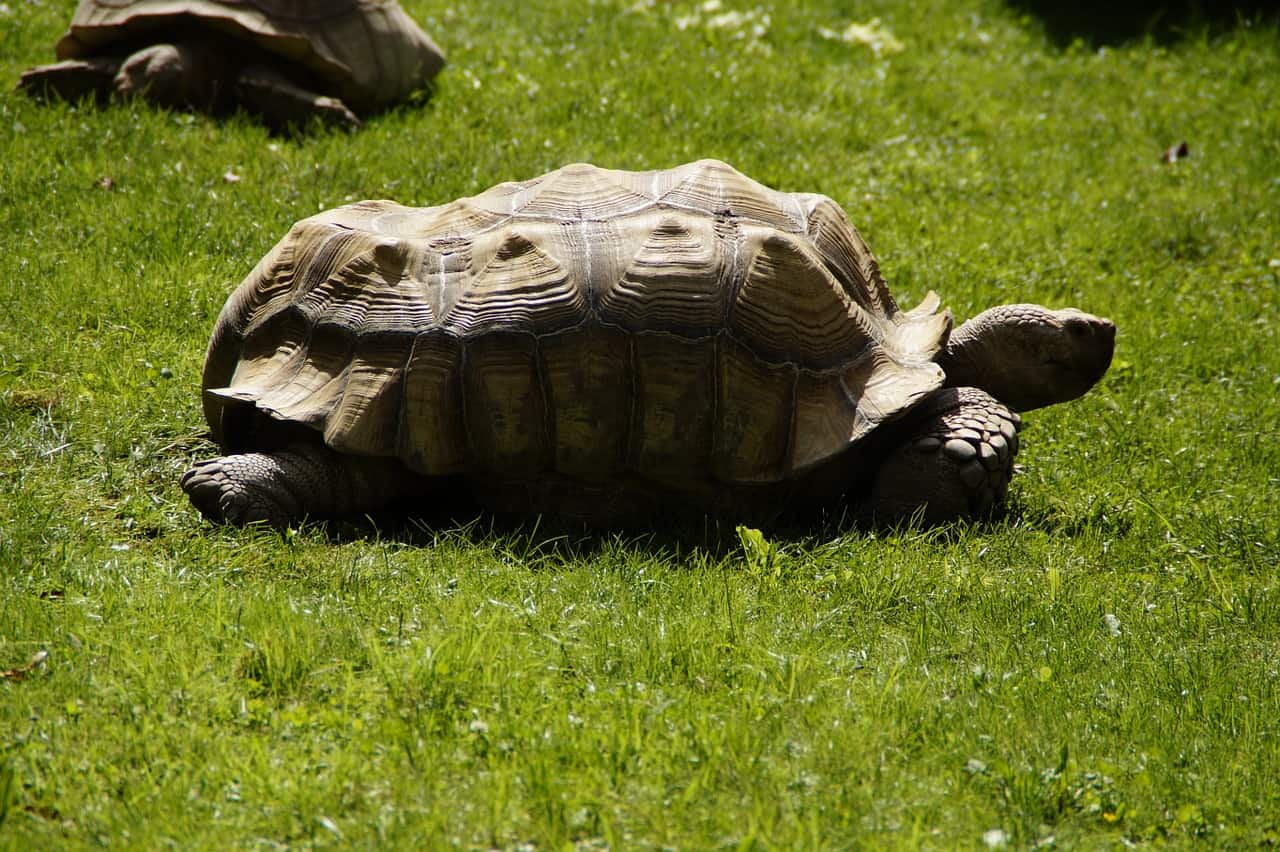 A popular species with striking markings, the red-footed tortoise is native to Central and South America. They are medium-sized and grow to around 10 to 16 inches. This is not a high-maintenance species, but they do tend to have a shorter life expectancy than other tortoises. In captivity, red-footed tortoises usually live for around 50 years. 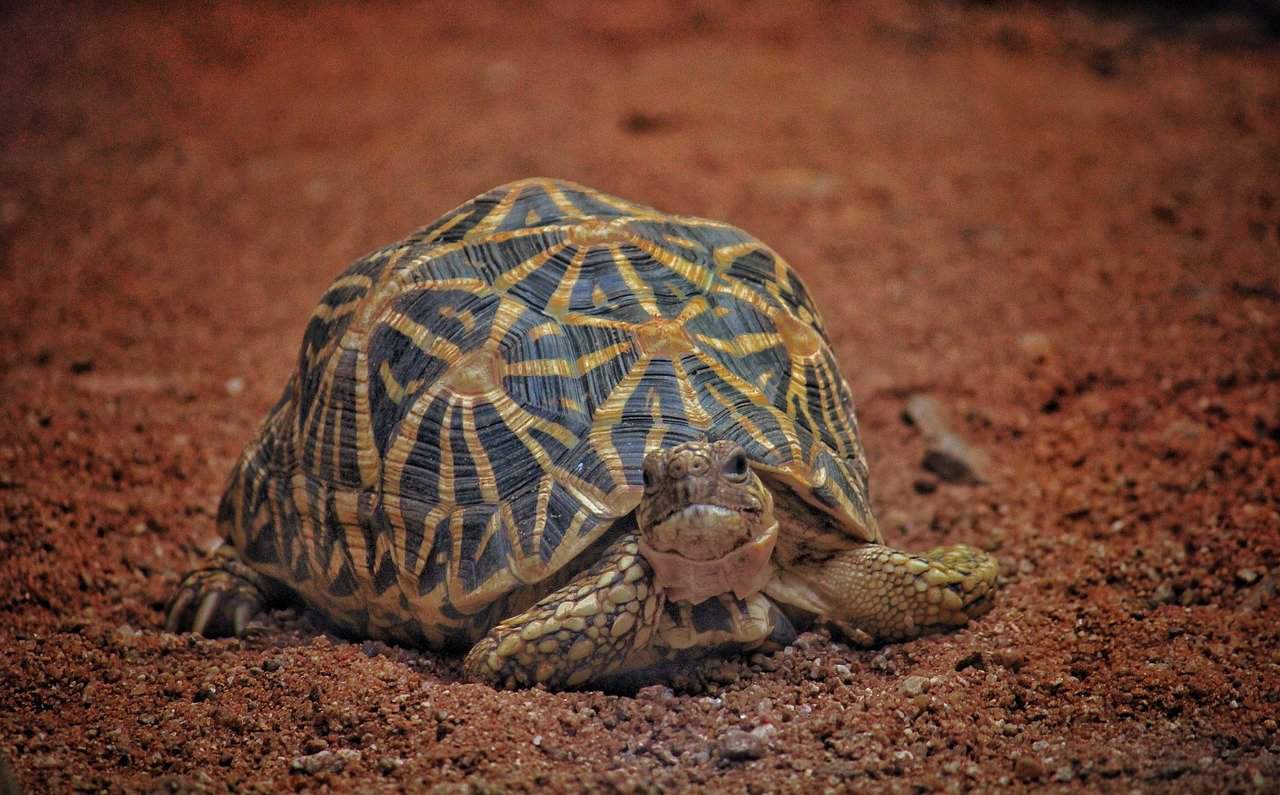 Indian star tortoises are small in comparison to other species and are native to arid climates in countries such as India, Pakistan, and Sri Lanka. Though pretty to look at, they are definitely more difficult to keep than most other species and aren’t considered beginner-friendly. When kept properly, however, they typically have a lifespan of around 30 to 55 years, though they sometimes live up to 80.

How Do Tortoises Live So Long?

Tortoises are the longest-living land animals, but why? What is it about tortoises that makes them have such an impressive lifespan? And why do some species live longer than others?

It turns out, there are a few key characteristics that contribute to a tortoise’s longevity.

As a general rule, larger tortoises have a longer lifespan than smaller tortoises. Galapagos tortoises, for example, are the largest tortoise species, and the oldest one ever recorded is 190 years old!

Similar to size, the climate a tortoise lives in also plays a role in their lifespan. Tortoises in colder environments often live longer than tortoises native to warm areas. Additionally, some habitats pose more danger than others, and that also plays a factor in how long tortoises live.

In comparison to other reptiles, tortoises reach sexual maturity very late in their lives. They grow at incredibly slow rates, and some don’t reach maturity until 20 years or older. This is not necessarily a factor in why they have such a long lifespan, but it just goes to show that tortoises are slow in more ways than one!

How to Increase a Tortoise’s Lifespan

If you purchase a juvenile pet tortoise, odds are that they will live as long as you or even longer! With that being said, maybe you rescued an older tortoise and you are wondering about how to increase their lifespan. 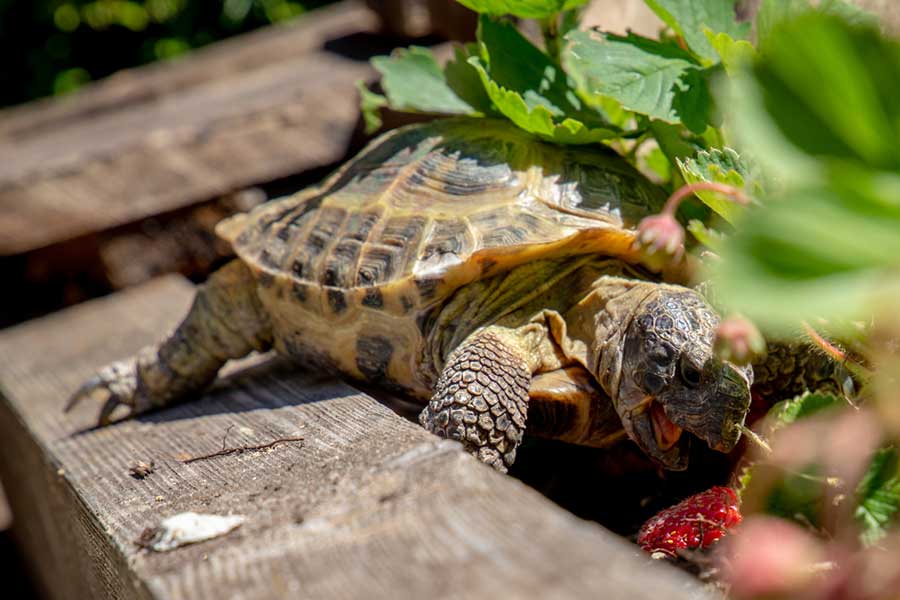 When it comes to reptiles, much of their longevity is determined by their environment and care. Even though tortoises usually have very long lives, that doesn’t mean that they won’t be affected by bad husbandry and care.

The following tips will help you make sure that your pet tortoise lives a long and happy life!

Many people underestimate just how big of an enclosure a tortoise needs to be happy. Don’t overlook this aspect of their care, especially if you want to make sure they live out their full lifespan! An enclosure that is at least eight feet long is usually recommended for most small-to-medium-sized tortoises, but bigger is always better regardless of the species.

Additionally, making sure the enclosure is kept clean and sanitary is another important factor in your tortoise’s health. You will also want to research the specific needs of your tortoise’s species and mimic their natural habitat when it comes to lighting, heat, and humidity.

One common cause of premature death in captive tortoises is an improper diet. Sadly, many tortoise owners are misinformed and might not know what kind of diet their pet needs to thrive.

Tortoises thrive on a diet of mostly vegetation and occasional fruits and vegetables. Fresh water should be provided daily as well as calcium and mineral supplements two or three times a week.

What Is the Oldest Tortoise?

A Seychelles giant tortoise named Jonathan is the oldest recorded tortoise in the world. He is believed to have been born in 1832, making him around 190 years old today.

To put it into perspective just how old he is, Jonathan was alive when the first photograph of a person was taken, when the first telephone call was made, and even when the lightbulb was invented!

Many people suspect that he might actually be even older than 190, but since he was not raised in captivity from birth, nobody knows for certain.

Tortoises are the longest-living land animals in the world. Studies have determined that the typical lifespan of a pet tortoise is between 50 and 100 years, while wild tortoises can live up to 150 years and beyond!

Whether you were just curious about how long tortoises live or you are considering adopting one, you should now know their average lifespan and tips for how to increase it.

Many new owners might not be aware of what they’re getting into with a tortoise, but if you get one as a pet, it could potentially live longer than you do!

Different species have slight variances in their lifespan, and your quality of care will also play a role in your pet tortoise’s lifespan.