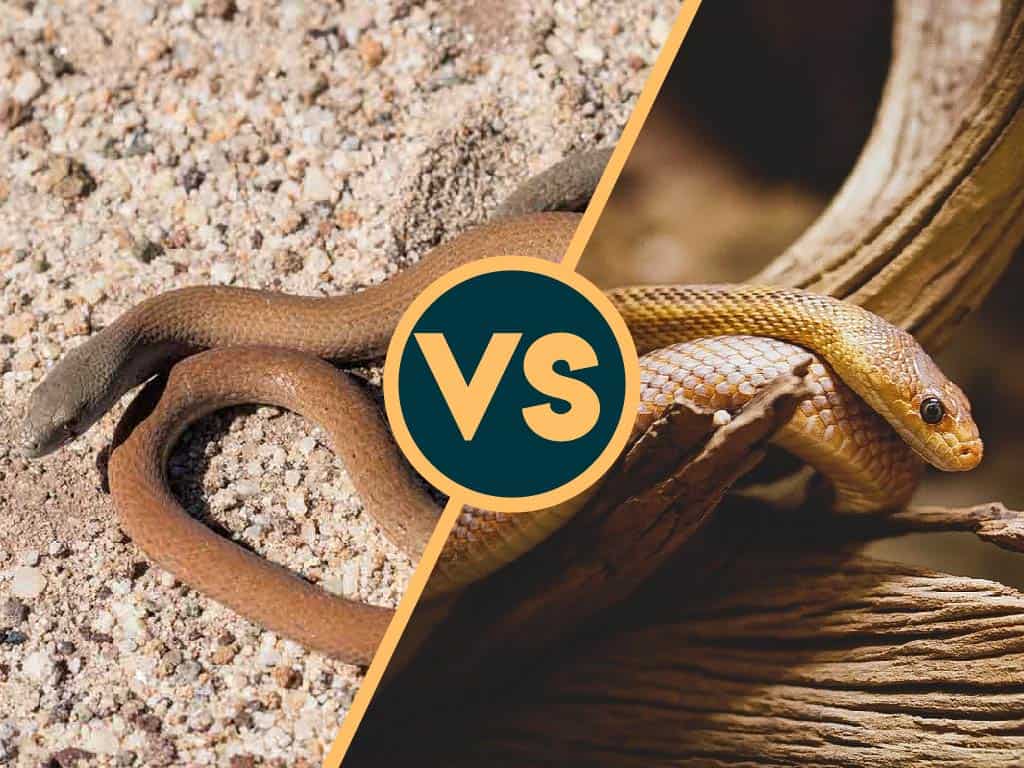 Have you freaked out upon seeing a noodle-like creature moving around in the grass or sand? It may not necessarily be a snake. It could be a legless lizard — yes, there is such a thing. Let’s help you tell between legless lizards vs snakes!

Snakes and legless lizards belong to two completely separate genetic families! They are not the same thing, even though they might look very similar.

The loss of legs has proven to be very beneficial to many species in the snake, lizard, and amphibian world. There are evolutionary cases throughout the different genetic families of the loss of limbs occurring because of environmental pressures benefitting a legless state.

Leglessness is often associated with a fossorial habitat. Most snakes are either terrestrial, arboreal, aquatic, or a combination of the three. There are some snakes, such as the dragon snake, that are completely fossorial, however.

Most legless lizards are fossorial and spend most of their time burrowing underground.

Some key differences can help you figure out what kind of noodle you are looking at: is it a danger-noodle or just a lizard living its best legless life? Read on to find out!

The main differences between legless lizards and snakes are:

Both legless lizards and snakes can be found all over the world on every single continent except for Antarctica. That means that they can inhabit the same areas, and people tend to confuse the two very often.

Legless lizards and snakes can easily be confused for one another because they look rather similar at a glance. They both have long, slim bodies and a distinct lack of legs!

But their similarities don’t end there; both have a similar means of locomotion (they slither along the ground) and can have similar diets, so it might be difficult to think of them as completely separate groups of animals. However, in reality, they are as different as frogs are to turtles! 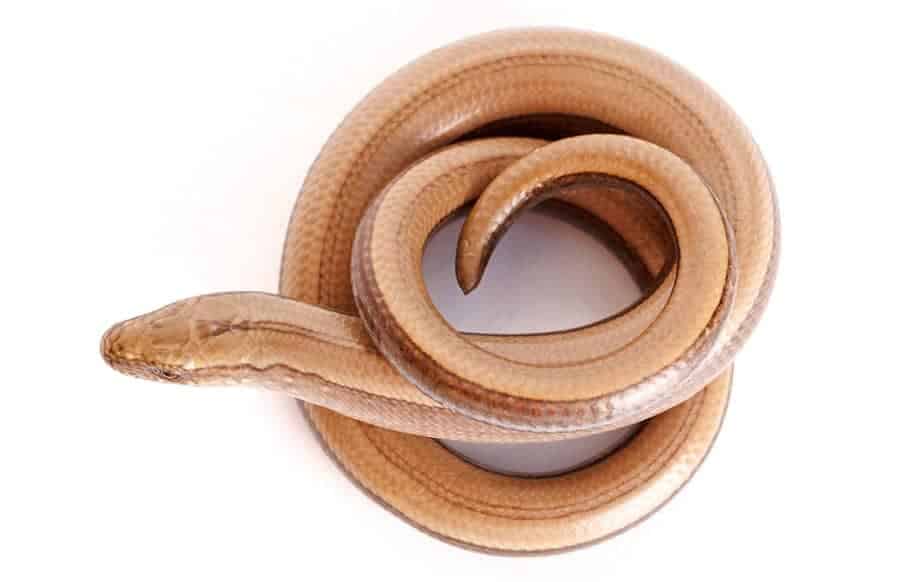 Legless lizards belong to the family Anguidae. These lizards all have similar features, most notably leglessness, and have semi-fossorial to completely fossorial natures.

There are currently around 17 known species of legless lizards. As a biological entity, they are not useful to humans and are unfortunately losing much of their habitat to growing infrastructure. 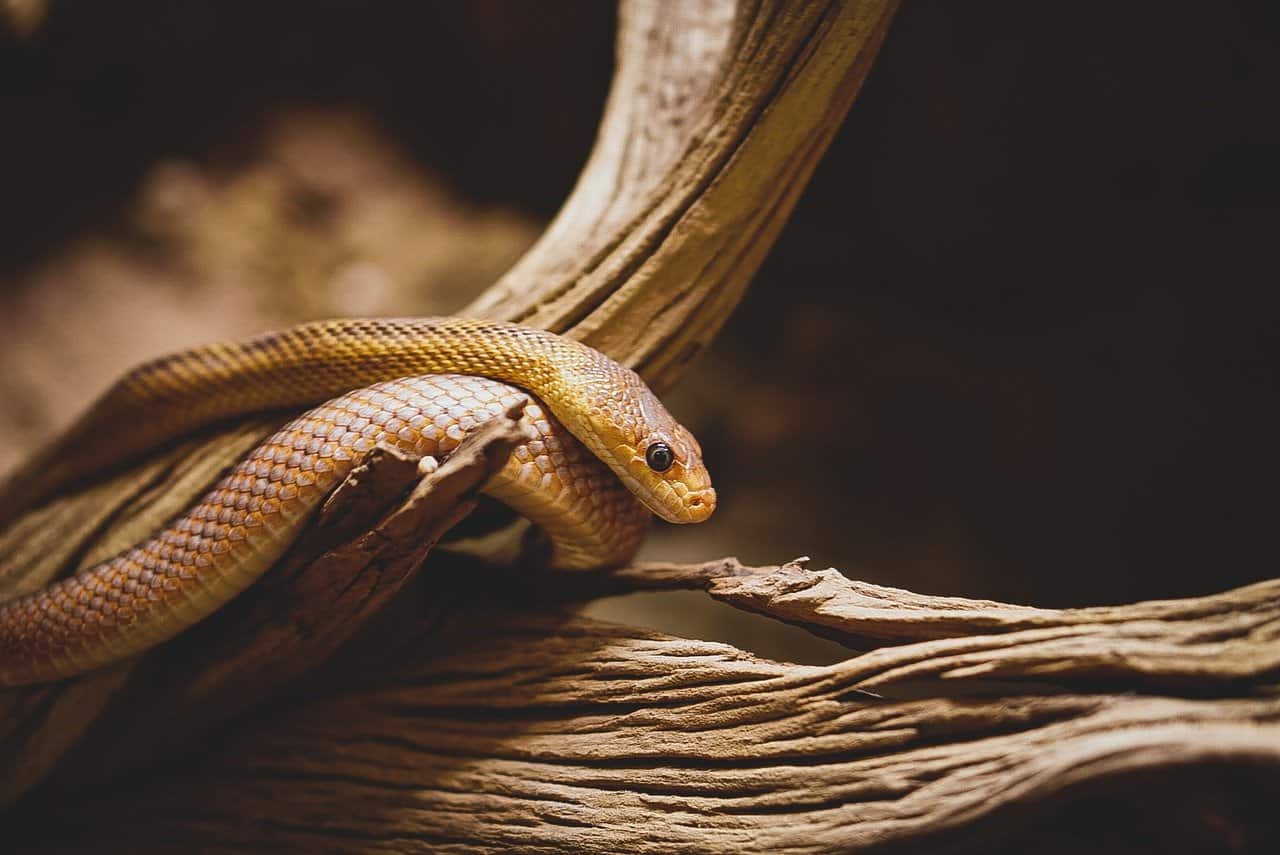 Snakes belong to the Serpentes suborder in the order Squamata. Snakes are grouped in this order based on genetic similarities.

There are over 3,000 species of snakes all over the world known to science. Many snakes are useful to humans as sources of food and for pest control, and their venom is used in the pharmacological industry to treat several illnesses.

Tail dropping, also known as autotomy, is a defense mechanism used by many lizards. If a lizard feels threatened, then it will drop its tail. This creates a distraction to a predator who will be interested in the freshly dropped tail while the lizard can run away to safety.

Some lizards, like leopard geckos, are able to regrow their tails, while others can’t, such as crested geckos. 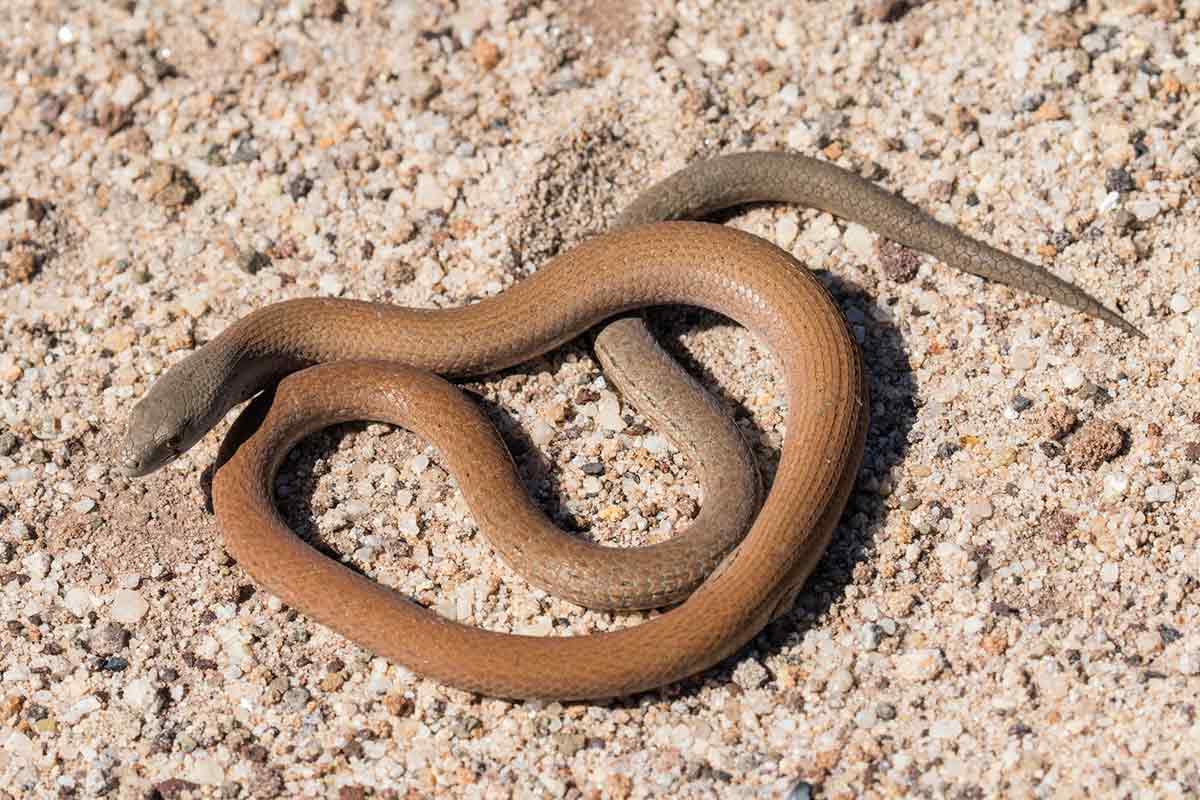 Legless lizards are also known as glass lizards because they have tails that can break away in segments, similar to the way glass shatters in pieces!

When a legless lizard feels threatened, it can sever parts of its tail to distract a predator. These rather graphic images show how the muscles are still attached to the lizard’s body, while the dropped tail shows the segments where the muscles were attached.

Many species of legless lizards can regenerate their tails more than once, or multiple times per year. However, some are unable to recover that portion of their tail after they’ve dropped it.

Thankfully, this process is not necessarily painful to the lizard, but it does take a large amount of energy and resources to regrow the tail. 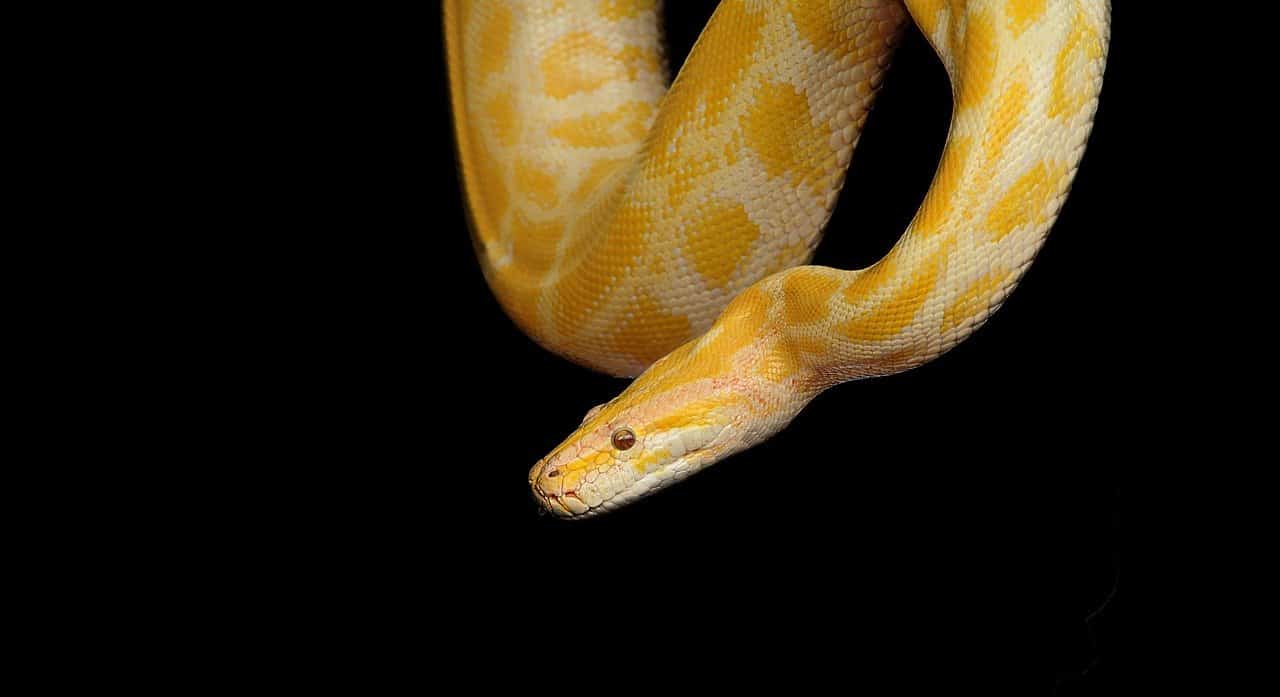 Snakes cannot voluntarily drop sections of their tail. If a snake loses a portion of its tail, it is due to a direct attack, injury, or illness.

If a snake has its tail damaged, it will scar, leaving behind a nub that will not grow back.

If you were to pick up a snake, you’d notice its whole body is very smooth without a distinction between body and tail. This is because there is not a distinct physiological difference between the tail and body aside from the presence of organs.

Snakes are mostly body and not just all tail! Two-thirds of their entire length will be only body, while the end third is just tail comprised of muscle.

Snakes and lizards do not perceive the world in the same way! As humans, we take our eyes and ears for granted. In the reptile world, though, things can get a little strange!

Legless lizards have external ear holes! They actually hear sound instead of just feeling its vibrations. Their ear holes are located on either side of their heads and are very small. Legless lizards’ ears are usually oval or slit-shaped to keep debris out of them.

Legless lizards also have external eyelids! This means you can watch them blink!

Snakes do not have ear holes. They feel sound as vibrations through their body, or more specifically, their jawbones.

Also unlike legless lizards, snakes do not have external eyelids! They have thin, transparent nictitating membranes that slide across their eyes to keep them hydrated. Unless you are watching very closely (and I mean closely!), you will miss the membrane sliding across the eye.

Different species of legless lizards can grow to different sizes. However, in most cases, the largest will only reach around two to three feet in length.

The largest legless lizard is the Scheltopusik (Pseudopus apodus), which can reach four feet in length! This is pretty impressive, considering they are lizards!

Different species of snakes grow to different sizes. They can be anywhere from well under a foot to several feet long, just like legless lizards. However, snakes have a far greater differentiation in size throughout their various species.

The reticulated python, being the longest of all snake species, can grow to 16 feet! This is four times the size of the largest legless lizard.

FAQs About Legless Lizards and Snakes

Are there legless lizards who still have legs?

Some species of legless lizards do have small vestigial legs that do not perform any real function. These are limbs left over from evolution.

I thought I had a boa, but he has legs! Is it a legless lizard?

Do not worry! Your boa is still a boa!

Legless lizards can still inflict a painful bite. However, no known species of legless lizards are venomous. Therefore, if a legless lizard bites you, the worst you will suffer from is an infection of the bite.

What do legless lizards eat?

Legless lizards do not have jaws that can stretch like snakes’ do. Therefore, they are restricted in terms of the size of prey they can fit in their mouths and safely eat.

Hopefully, by now you will be able to tell the difference between legless lizards vs snakes when next you come across an unidentified noodly-looking animal in the grass.

To recap, the key things to look out for when trying to differentiate between the two animals are the presence (or absence) of ear holes, blinking eyelids, the length (and perhaps absence) of the tail, and the overall size of the animal.